Okay maybe not a star, but today was certainly epic! Nash participated in his first school assembly. He. Was. Adorable. And this mama might have combusted from the pride swelling up inside me while I watched my baby preform! His class stood in front of 250+ parents and grandparents for his school’s Grandparents Day Assembly and recited a poem about trains and sang My Country Tis of Thee. Precious, I tell you, precious! I was so impressed with the whole assembly and the way each grade recited poems, scriptures, and songs. This school means business! I was also so impressed with how well the children sat quietly watching each of the other grades do their recitation…for an hour and half!

Nas was so nervous & excited about Grandparents Day that he literally could not sleep last night! (I think this child has a little bit of me in him!)  He woke up around 1am and tossed, turned, cried, asked if we were late for the assembly, told me he was scared, etc. until about 4am. He was so nervous!! Sweet boy was exhausted this morning (as was I!!), so there were a few yawns as he sang along with his class.

My favorite quote of the day came after the assembly when he confessed, “Mom, when I was on the stage I started to shake — but not because I was scared, but because I was so excited, so it was okay that I was shaking a little.” Hilarious! He was so so proud of himself.  And I could not have been more proud of my super shy boy for being so brave and composed on stage! Way to go Nash!

He did it! Here he is walking out after the program. Whew! 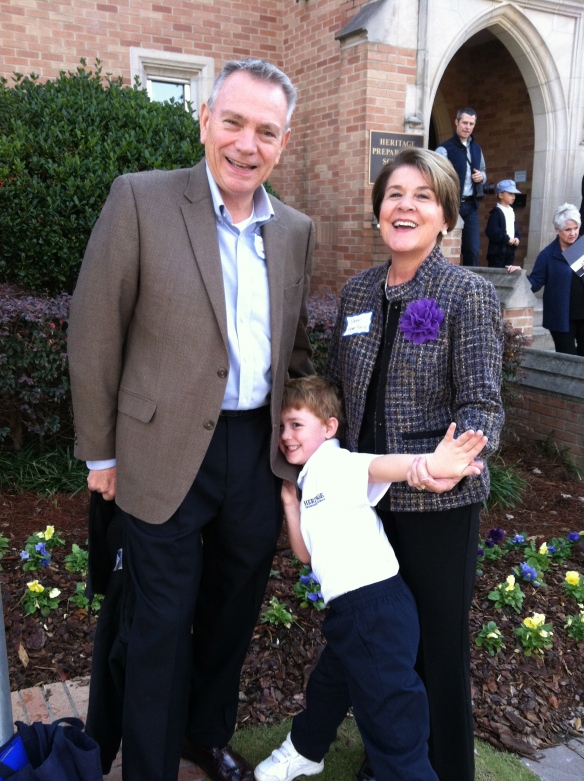 And a proud dad checking out the classroom!